When you own a brick house built in the 1840s you can be pretty certain that electricity was not even a consideration in the floor plans. Limited electric wiring was installed in our house in the late 1880s when the burglar alarm system was utilized to deter the neighbors from entering the property in search of stocks and cash that were supposed to be hidden somewhere in the house. Knob and tube wiring was eventually installed before 1916 because we have photos of some of the rooms from around this year and there are electric lights in the photographs. Since the bulk of the walls inside the house are brick and drilling holes up through the walls was almost impossible using a hand operated drill, the easiest place to install plug outlets was in the floor. Floor boxes were common in old houses but they were also dangerous because things could get in them that could cause an electrical short. Things like water, bobby pins, needles or wire. In this house there was once a fire in one of the apartment kitchens because a refrigerator was located on top of a floor box and it leaked. So I was told ....
To follow proper codes, proper floor boxes have to be installed. Modern floor boxes are designed not to allow things to fall into the box where the wires are and they come in several styles. Some of which you are about to see. All are moderately expensive compared to installing the equivalent in a wall. They average about $33.00 each and I needed fourteen in all. That is how many holes I had in my floor!
Years ago they were not readily available from big box retailers. Since they are not necessarily in huge demand, they were generally something one would order online. Every so often I would see some at Home Depot and started buying them a few at a time until I could install a rooms worth. Starting with two in the parlor and getting these a while ago when single socket was the only style in stock 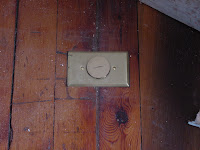 Two of these were needed to rest in some holes that remained after removing the whole house vacuuming system left over from the 1960s. One in the hall at the top of the stairs and the other in the main living room area behind a door. It was easier and more practical to install these than attempt to cut a piece of wood and plug the holes. 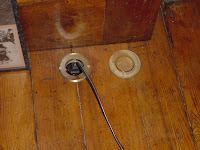 Then I found three of these but only used two in one of the bedrooms so I currently have a spare. 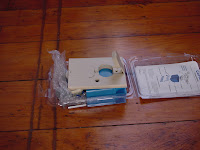 I only have a spare because now you can buy these at Home Depot and they look nicer. 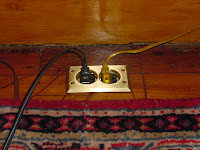 Eight of these grace the two main living rooms, four in each room. It is so nice to have outlets available in all these rooms and all around these rooms instead of little rectangular holes in the floor or metal boxes that fill up with dust, cat hair and kids toys! It has only been two and a half years since we moved in. On to another project .....
Posted by Gary at 12:08 AM 5 comments:

Pictures from the White House

One of the great advantages of being a Mayor of a mid sized mid-western city is that every year I get to attend the U.S. Conference of Mayors in Washington DC. Every year I have been invited to the White House to hear the President of the United States speak. This year I took an iPad with me and took a few photos to share on this blog. I have always been impressed with the curtains. So I took a lot of photos of those. Having recently acquired curtains for the "Crackhouse" you should understand why ...... 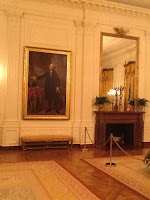 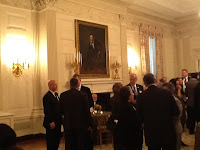 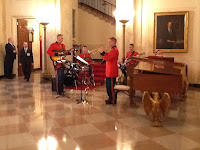 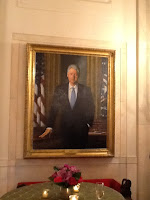 Could never figure out why Bill doesn't have a cigar in his hand .... 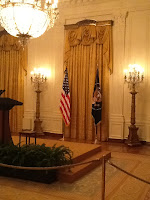 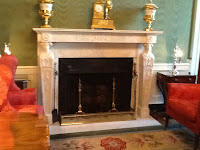 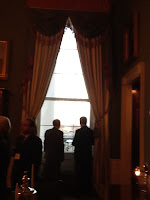 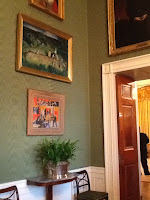 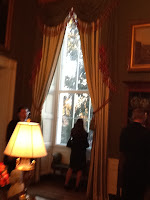 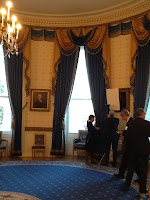 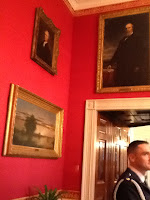 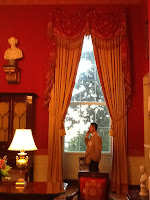 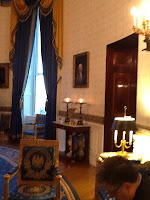 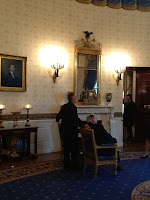 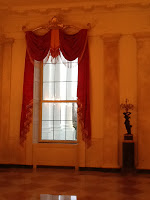 So there you have it. Doubt you would ever see this on any other House Blog!
Posted by Gary at 11:59 PM 3 comments: