For years the hallway door to the dining room looked like this.I really needed to put molding around the door frame to cover the brick. Well, finally in 2013 it happened. So this 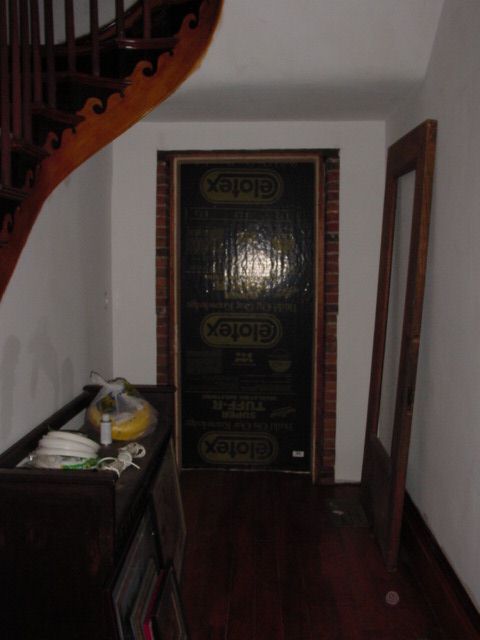 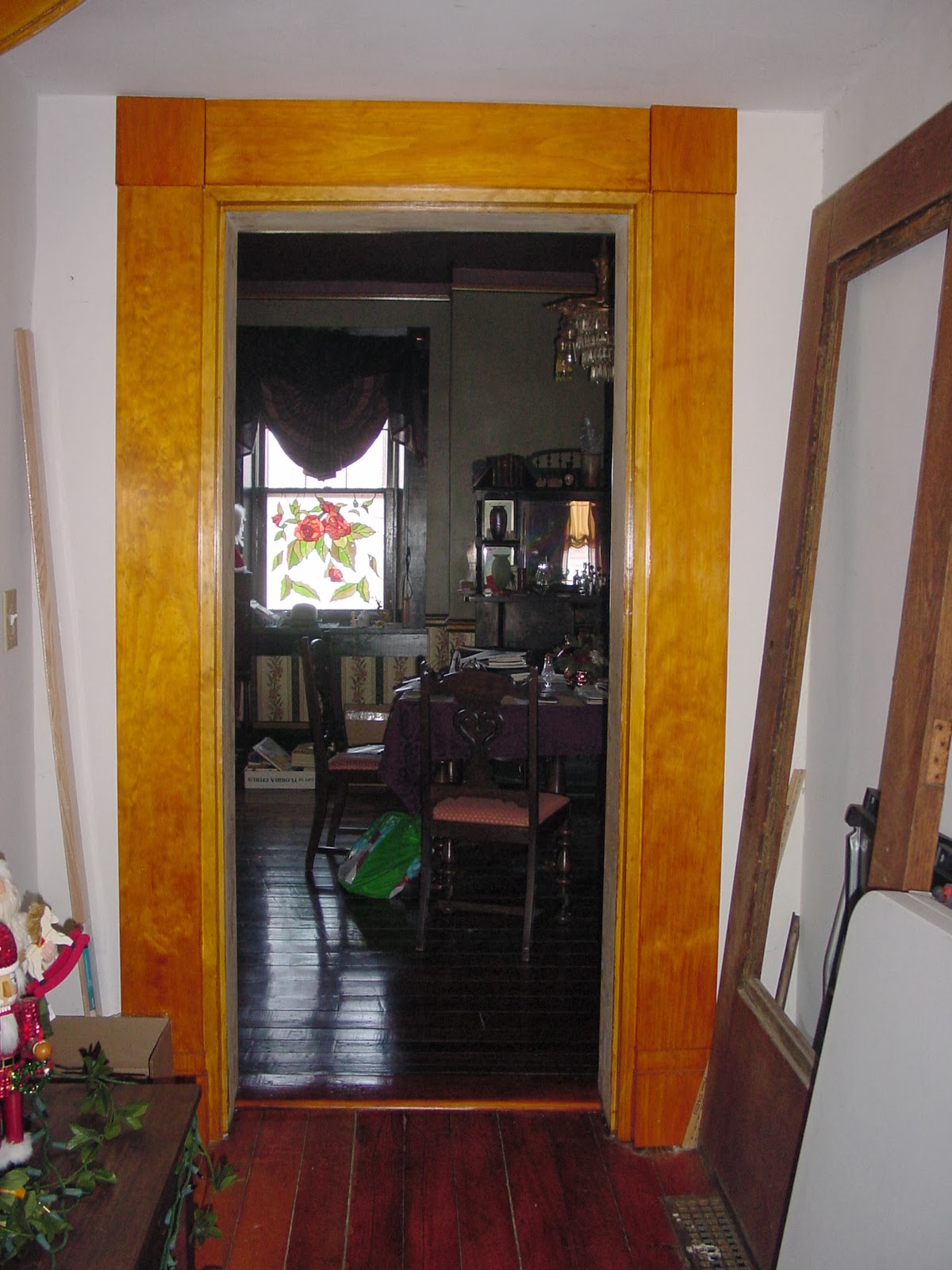 This year the wife wanted thresholds in the doorways. She got tired of looking at the "Greatstuff" filled gaps in the floor between the doors entering the dining room. So I went to the basement to seek out some old pieces of wood that were wide enough to make thresholds. Here are the results 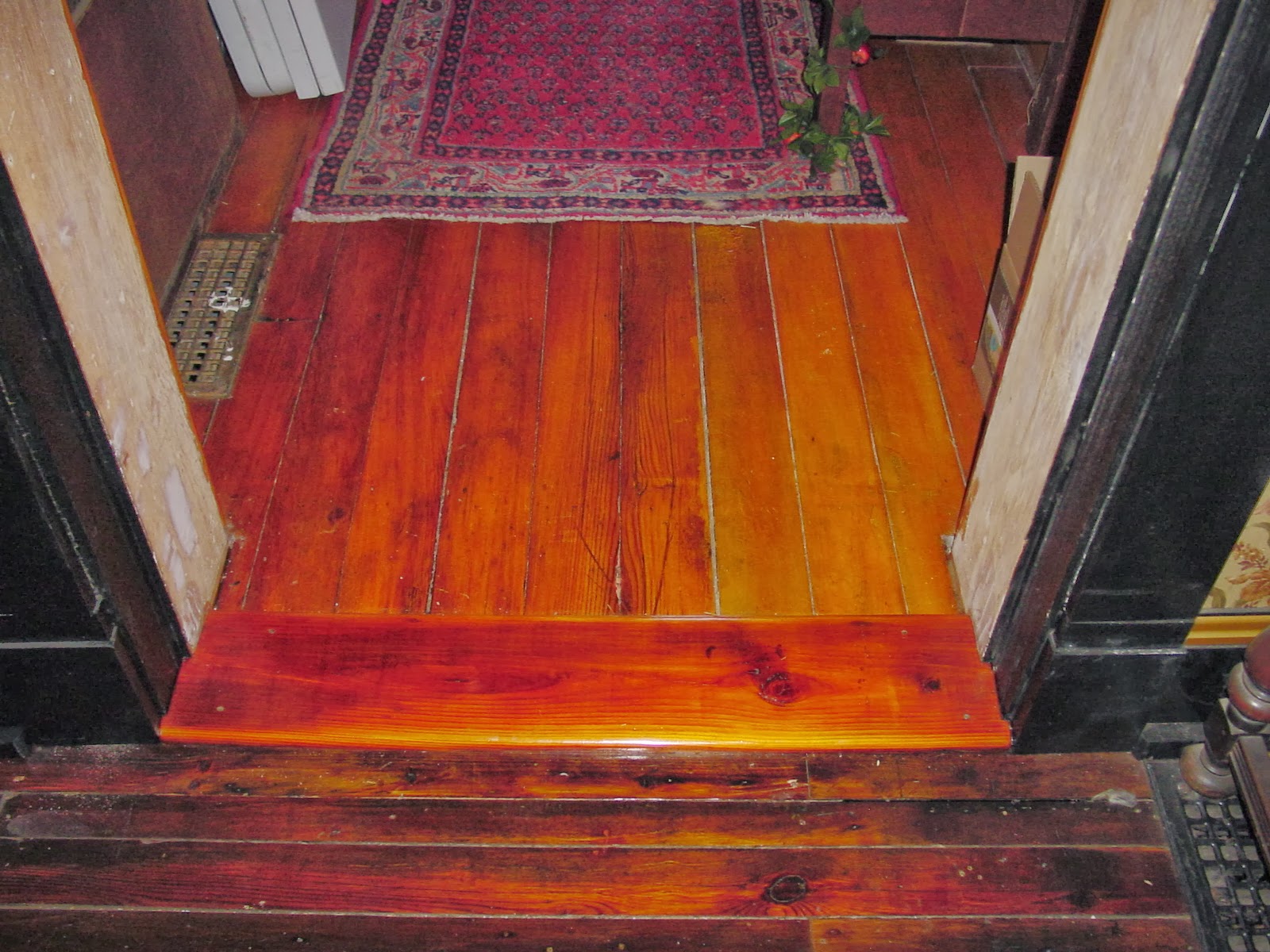 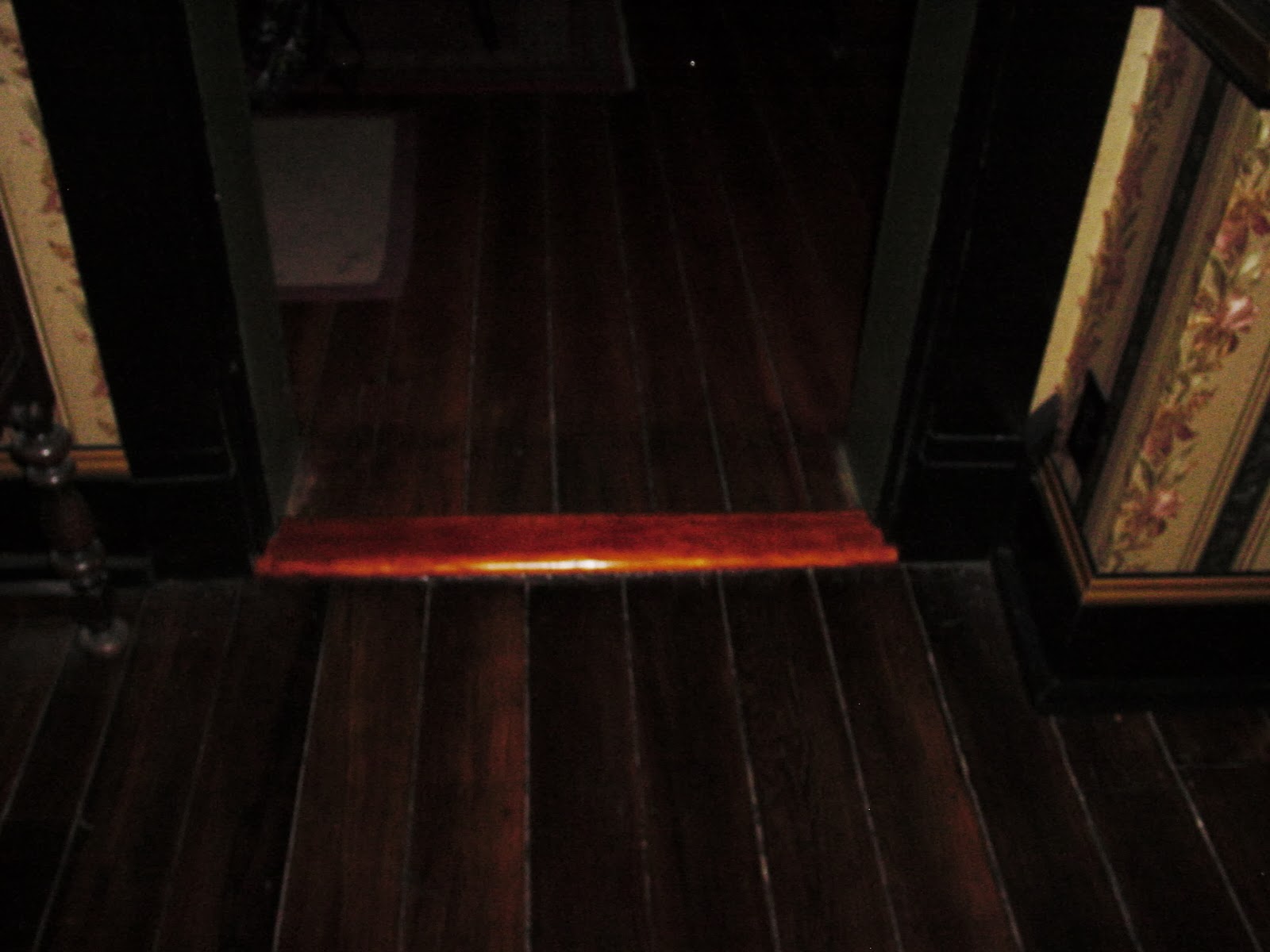 Amazing what you can do in 30 minutes with a plane and a piece of wood. Of course the shellac added a few hours to the process but now I have thresholds! So, how is the house coming along? Slowly, very slowly ....
Posted by Gary at 3:06 AM 4 comments:

The Crap in My Back Yard (Long Overdue Update)

Do some of you remember back in April 2008 when I wrote a post about these two houses across the alley from me? 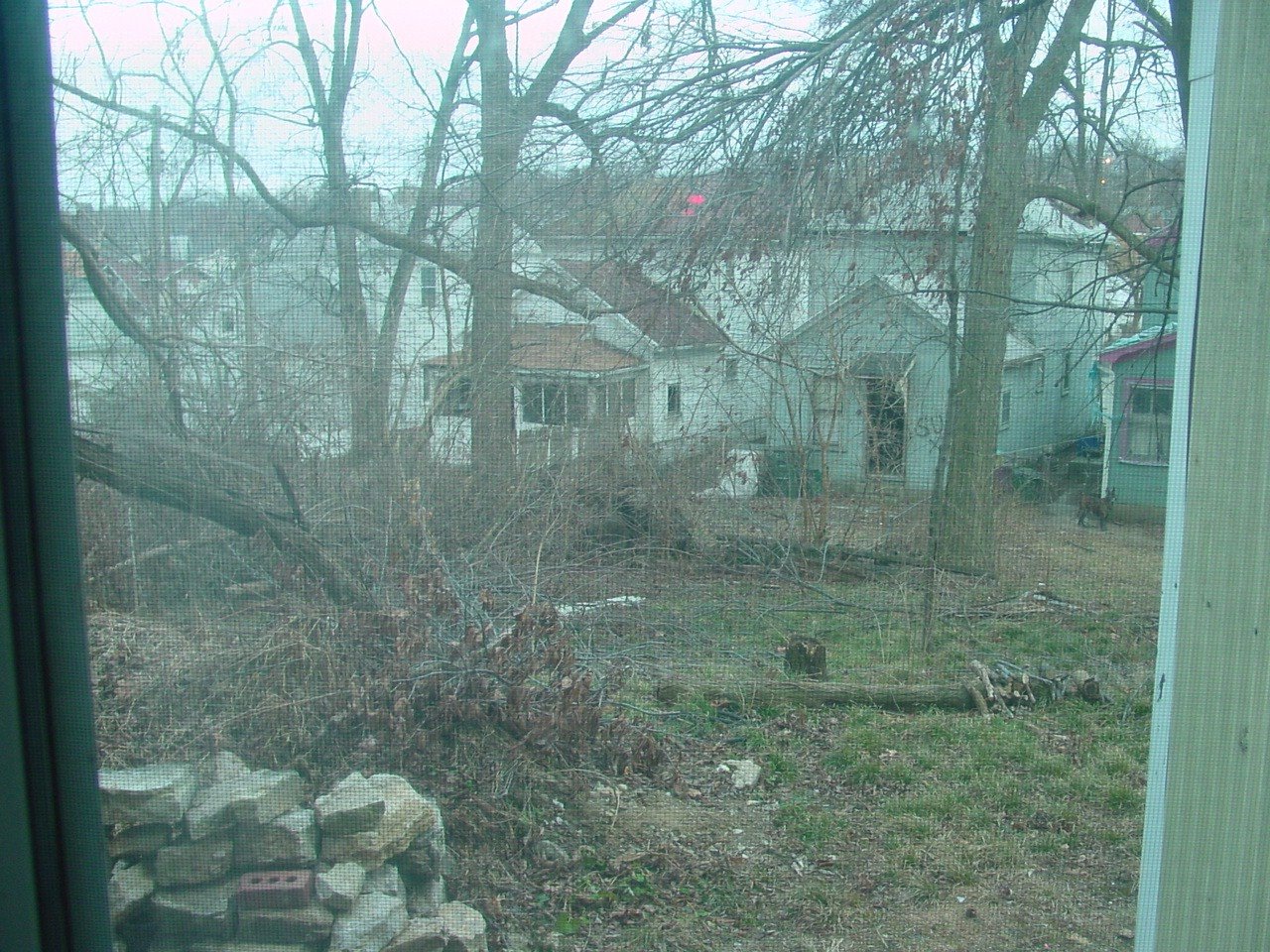 Remember how I said I was so mad that I was going to run for mayor? Well, that happened and I won. Made some significant changes here in Dayton, too. I even made the national news a few times and I'm still news in Eastern Europe because of the "Welcome Dayton" initiative to embrace immigrants and facilitate their success in America.


Well, I told you in June 2012 what happened to those properties and that we were going to acquire them. Eventually we were able to get them. It took almost a year because I would not accept the deeds for the two lots until they were showing on the tax record as being vacant lots. Otherwise I have to pay taxes for a developed lot and taxes are collected a year in arrears. 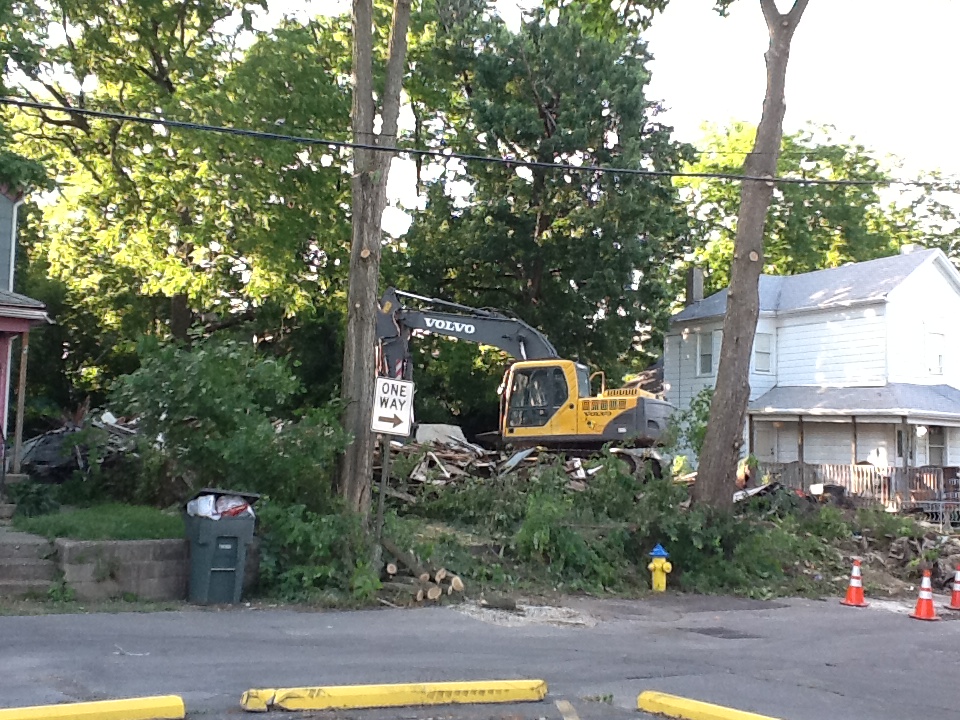 The view from my kitchen window now looks like this. 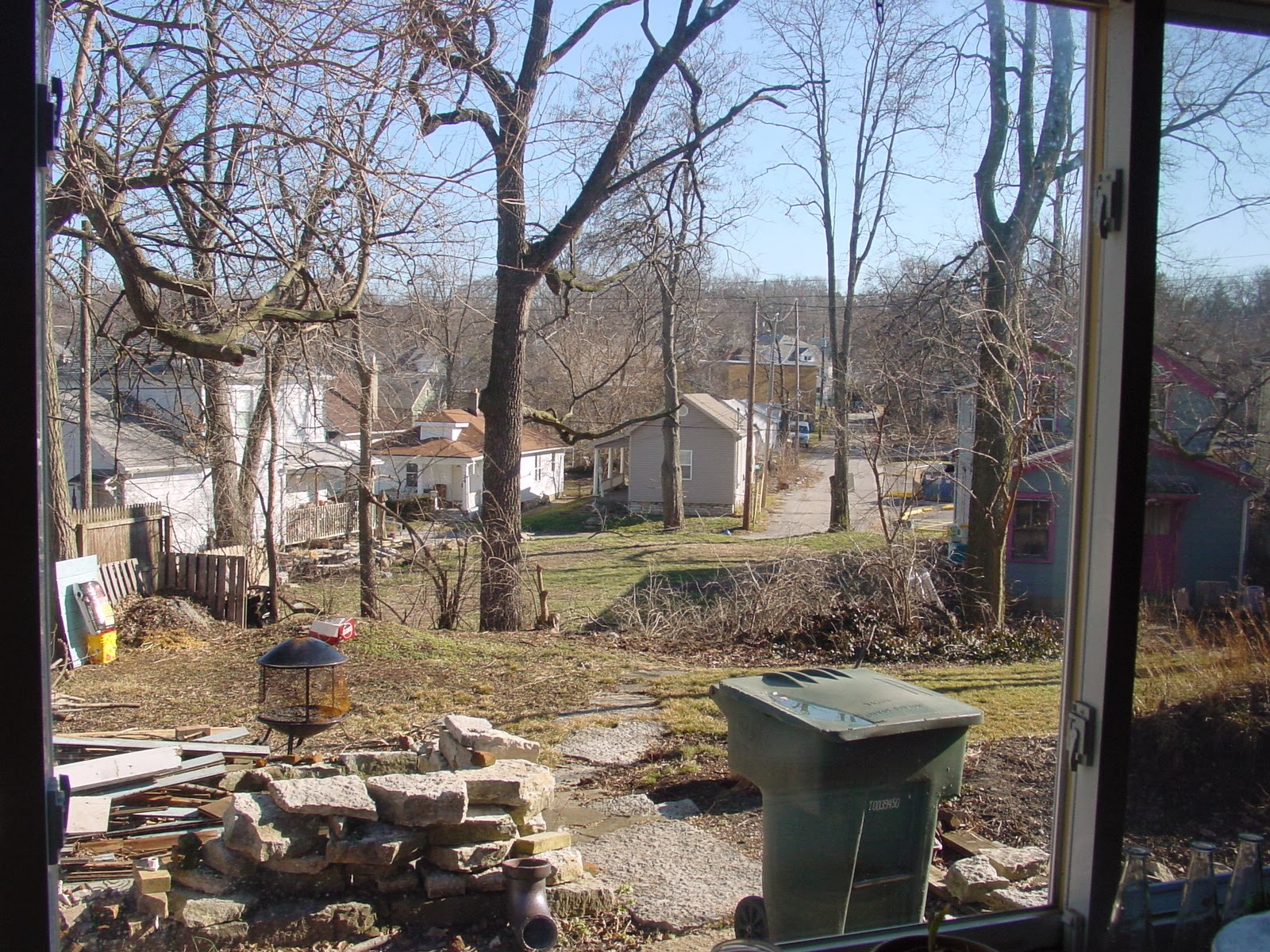 Now, before you go out and start buying up vacant lots around where you live, let me tell you that you have no idea how big a city lot really is until you have to cut the grass! We have acquired some more property on our block as well but that is another, way more interesting tale to tell. You will just have to wait for the details. Now in order to fix some of the faux pas associated with these property transfers I am going to have to run for county commission this year. So guess what I am doing? That is whole story waiting to be written too. The process is skewed to the two party system. Winning that would reduce my house blogging ability again but to get some time back I see a riding mower in my future ......
Posted by Gary at 9:32 PM 2 comments:

Several years ago, right after buying this place, I had to rebuild the front porch and balcony because it was collapsing. So I reused some old porch flooring that we salvaged and got the edges painted but never got around to sealing the wood properly. It looked pretty good at the time but ten years later some of the boards were warped or rotting out so it was time to address the porch properly. 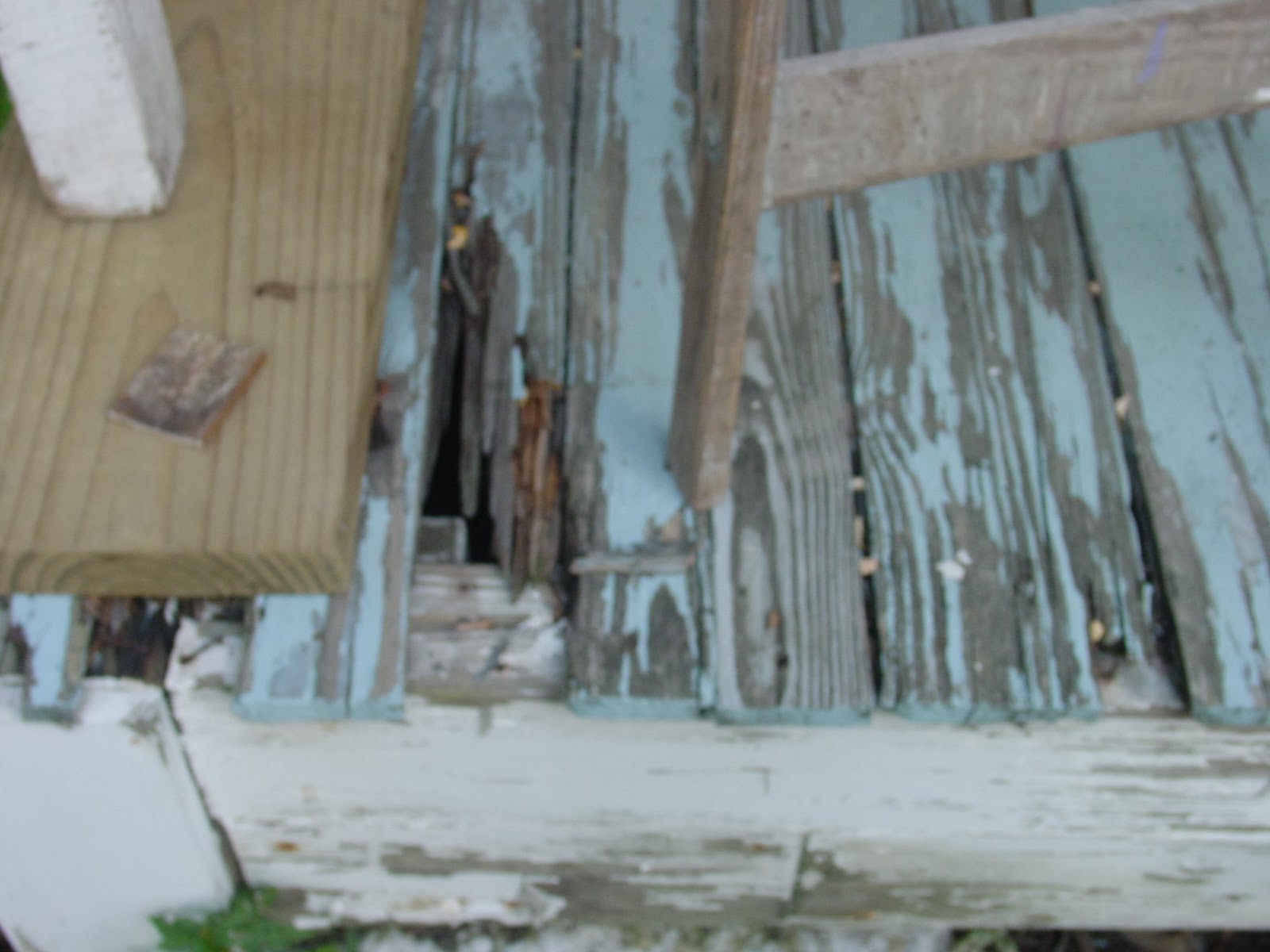 Here are some rotten boards on the edge of the deck and below you can see that I had to remove a section of the ceiling because it had rotted out. 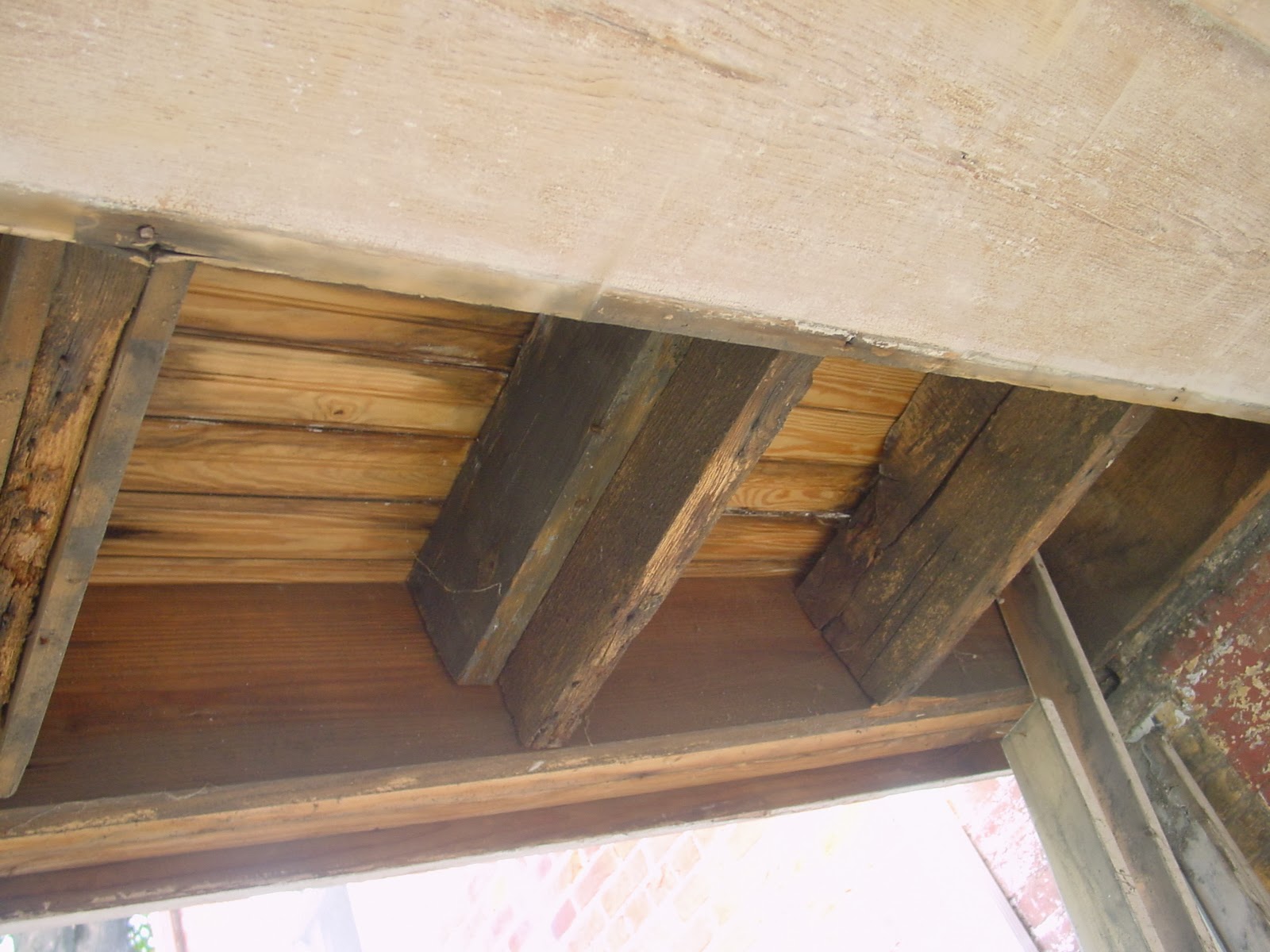 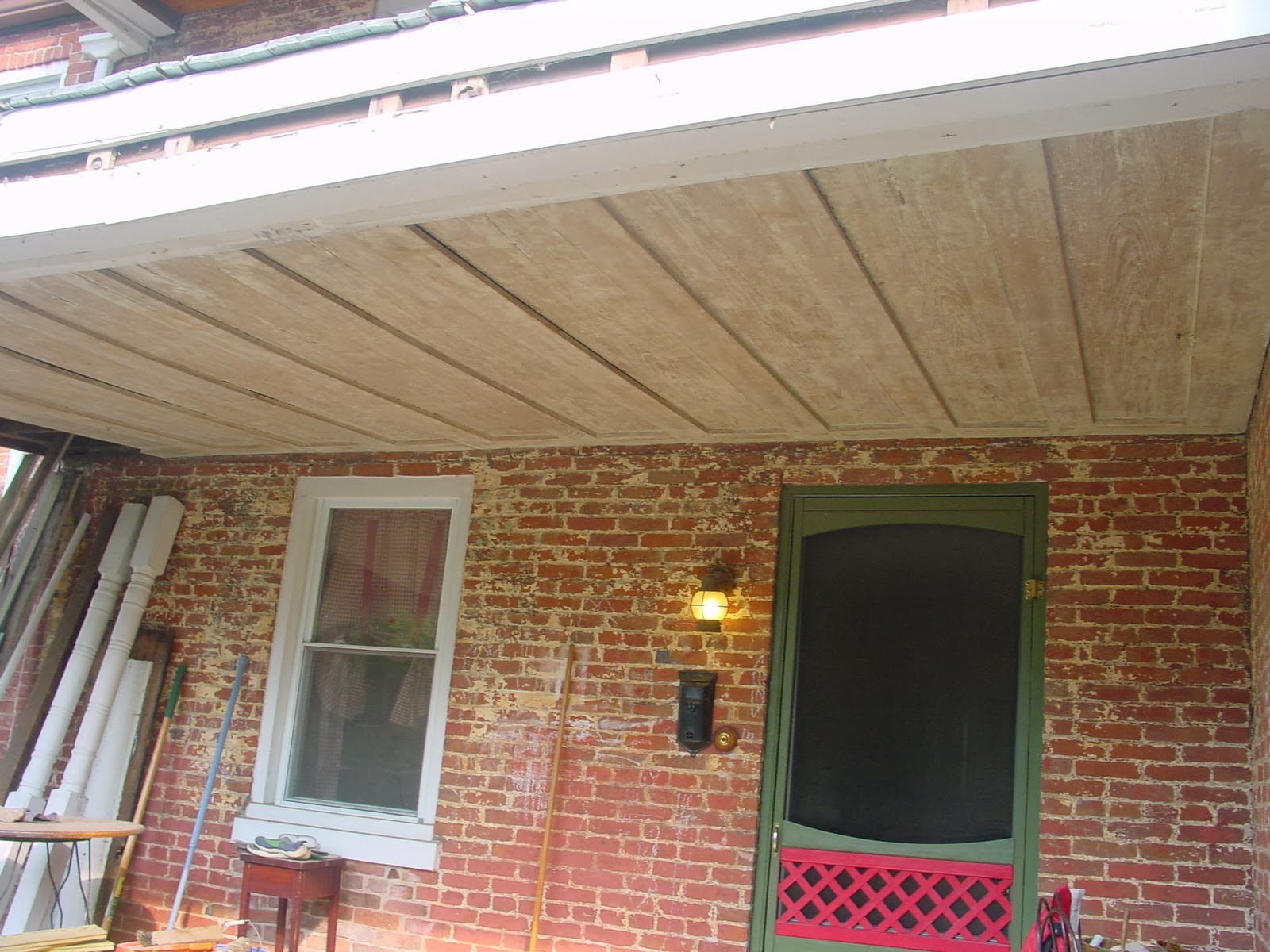 The flooring started to be replaced after stripping all the paint. You can see that below. 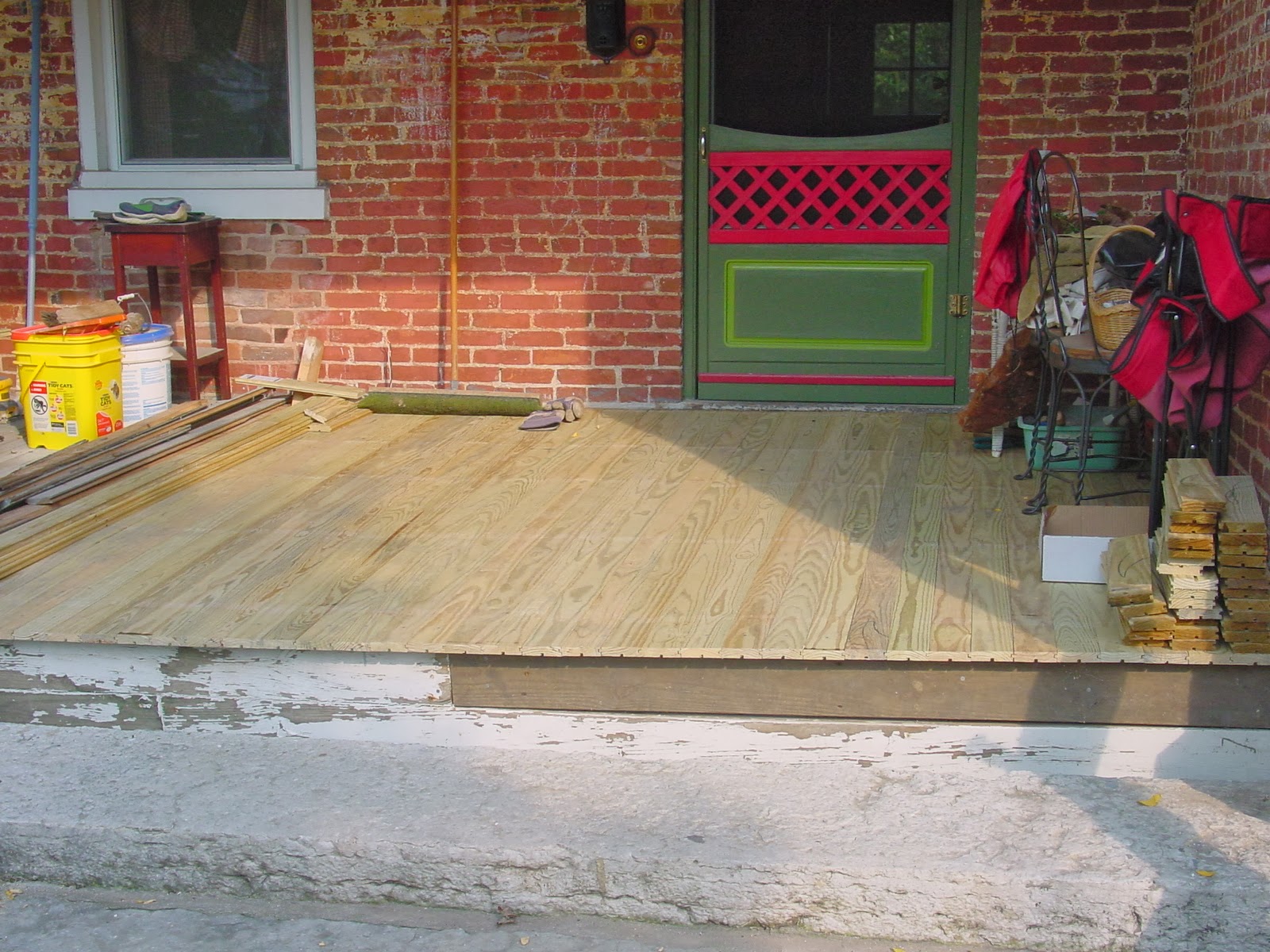 Then the plywood got cut and some cedar boards were used to fix the ceiling. 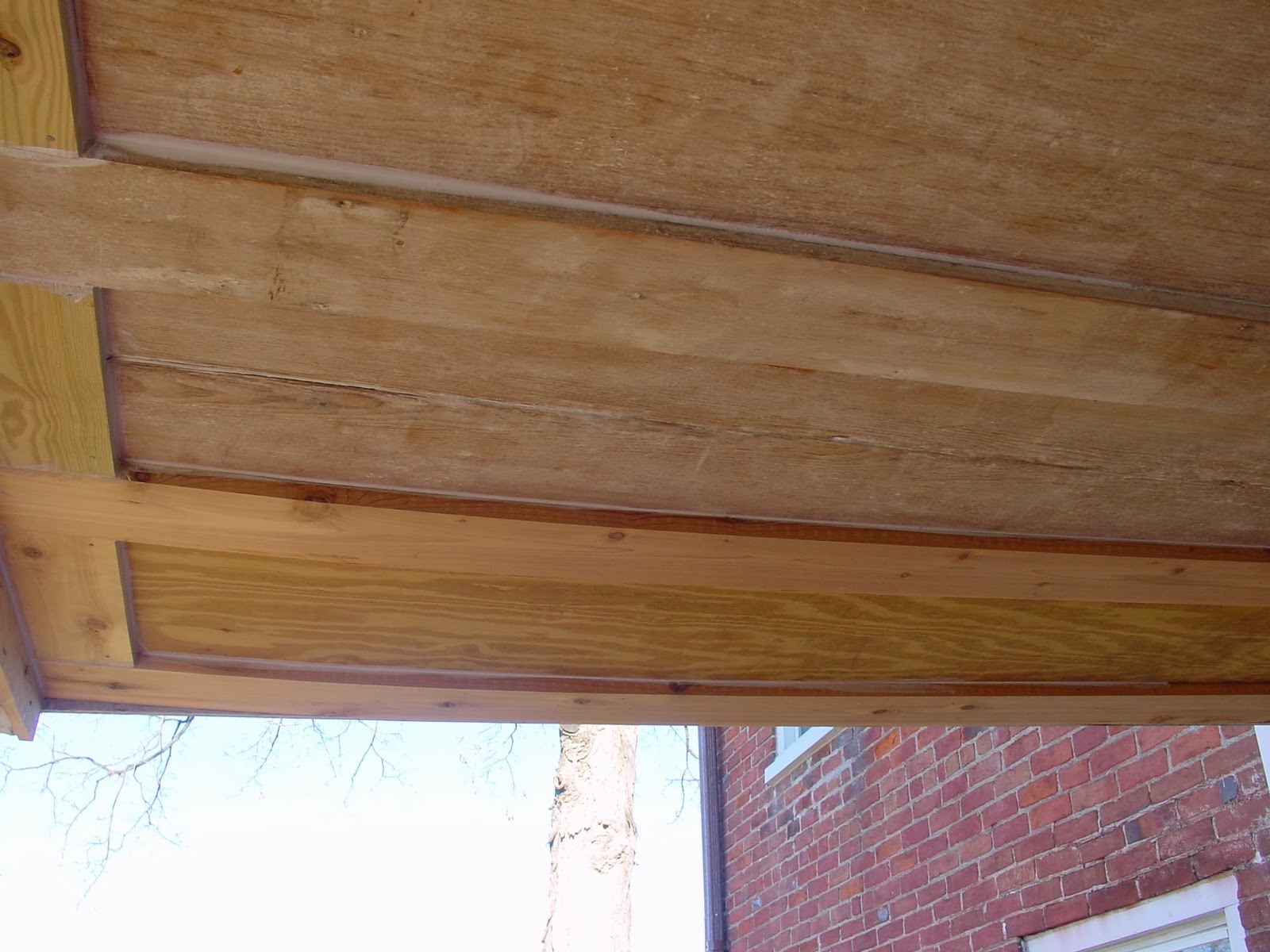 Posts and rails were painted and then installed after the porch floor was painted. 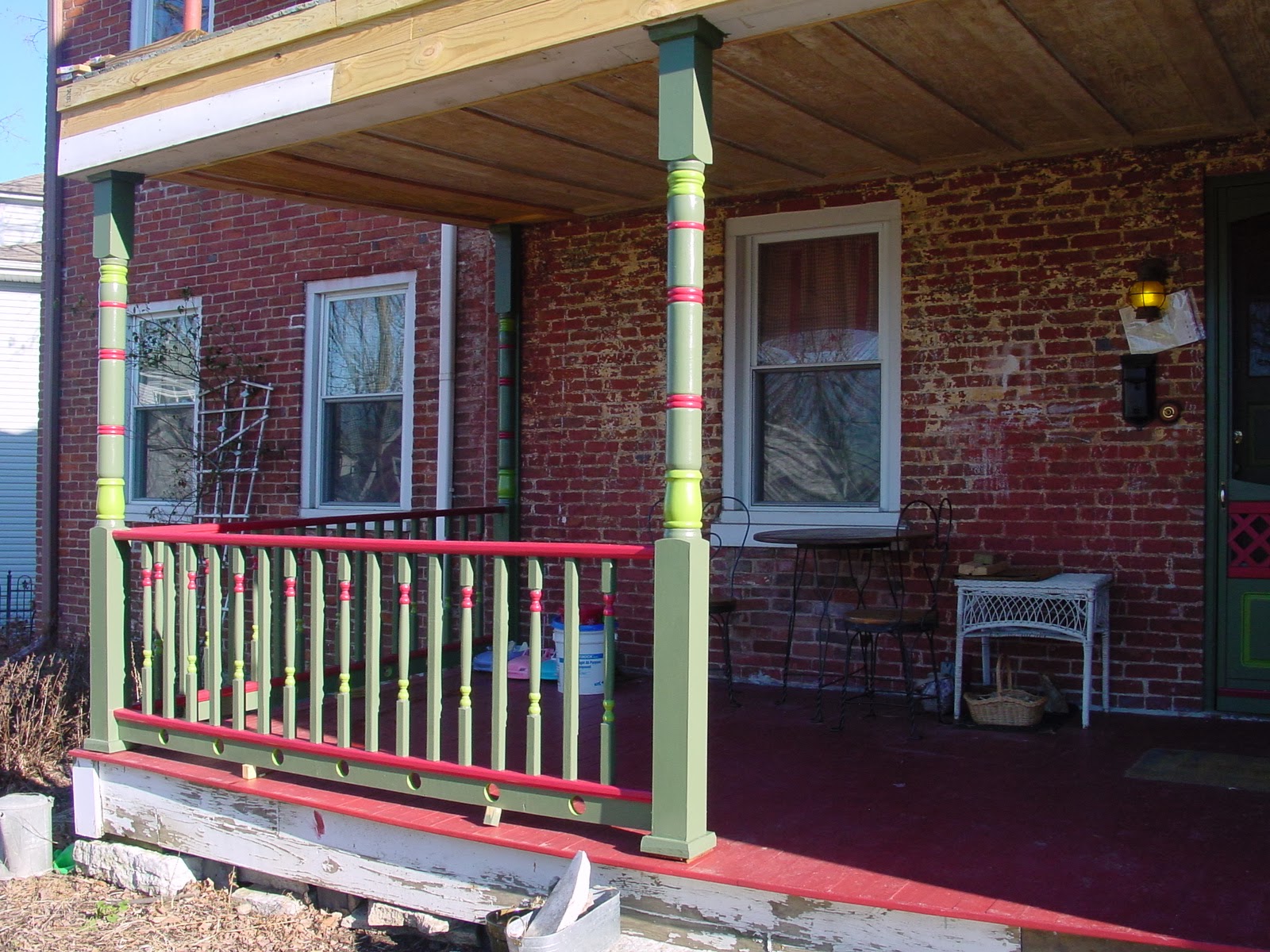 Now it looks like this. Still some major painting to do but the upper level is ready to fix in the spring time. I just bought a ceiling fan for that upper level as well. It has only been waiting 12 years to have one installed! 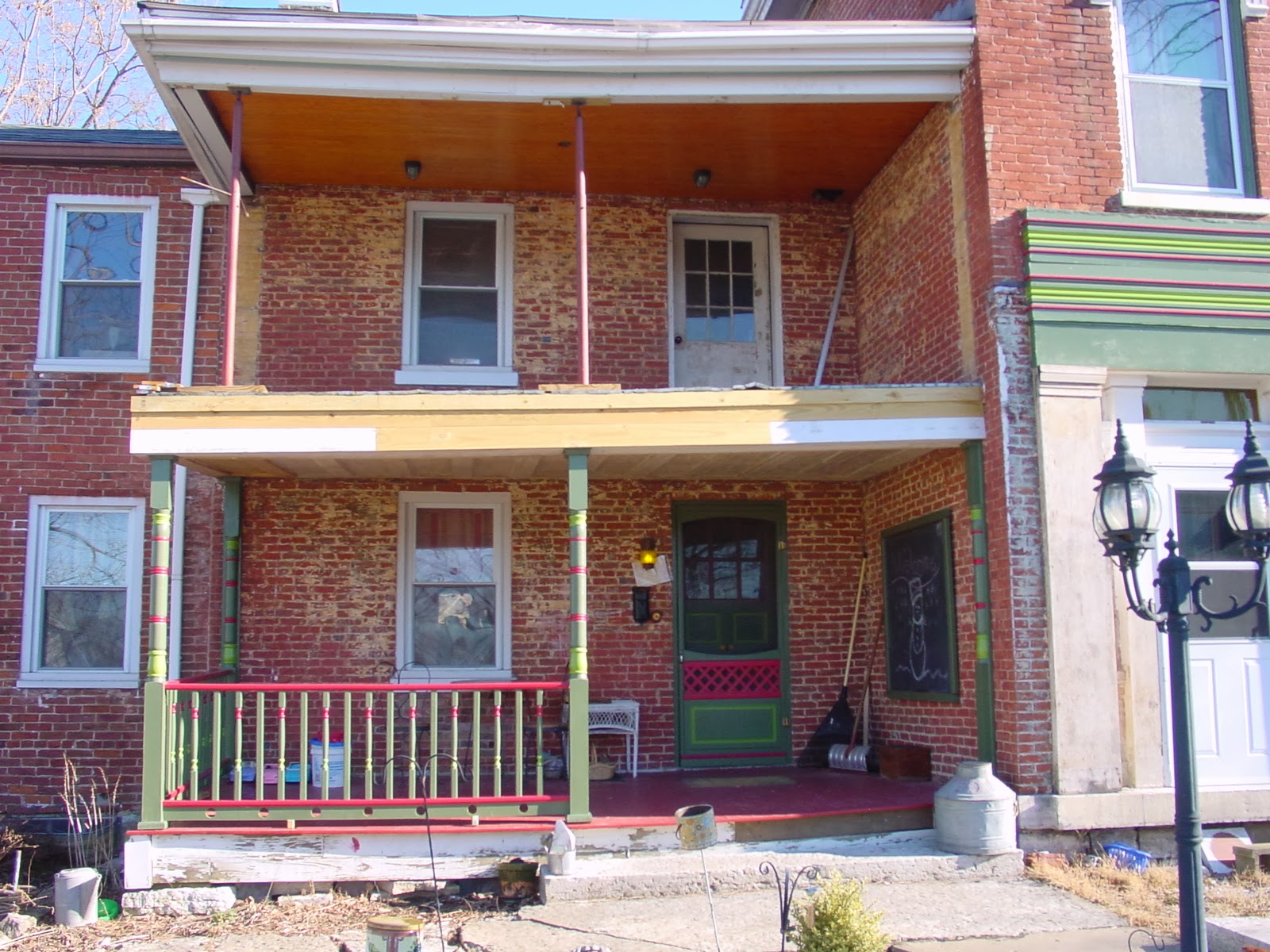 Now while all this was going on I got sidetracked a little and started to strip the wood around the main door. to the right of the porch. In 2010, after tearing the porch off of that side of the house it looked like this. 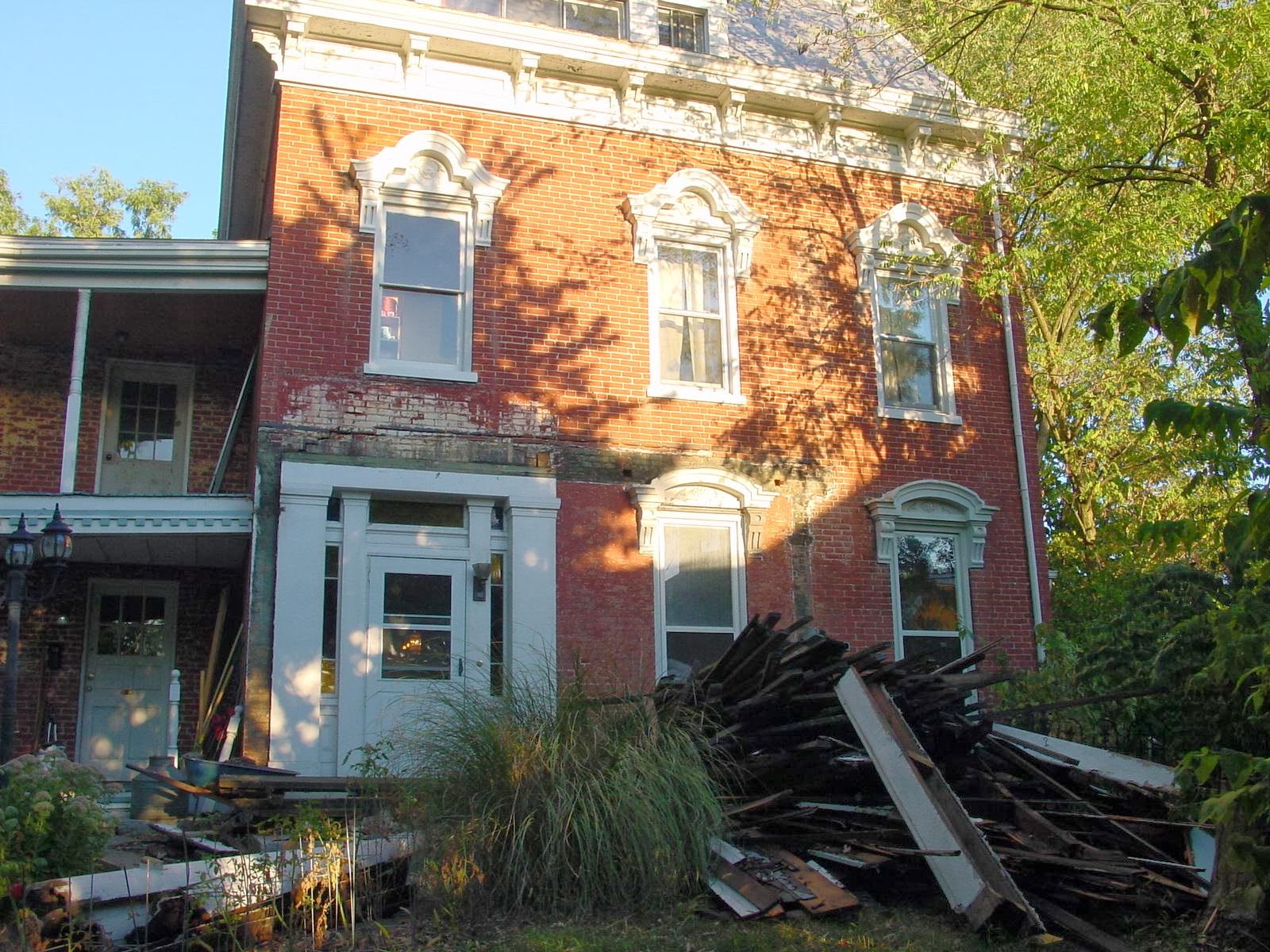 A friend of mine gave me a bunch of old trim years ago that was taking up space in my basement. I decided to use two sections of it to put above the door. You can see by the beige paint that originally there was something there. After a little bit of painting, the front door currently looks like this. 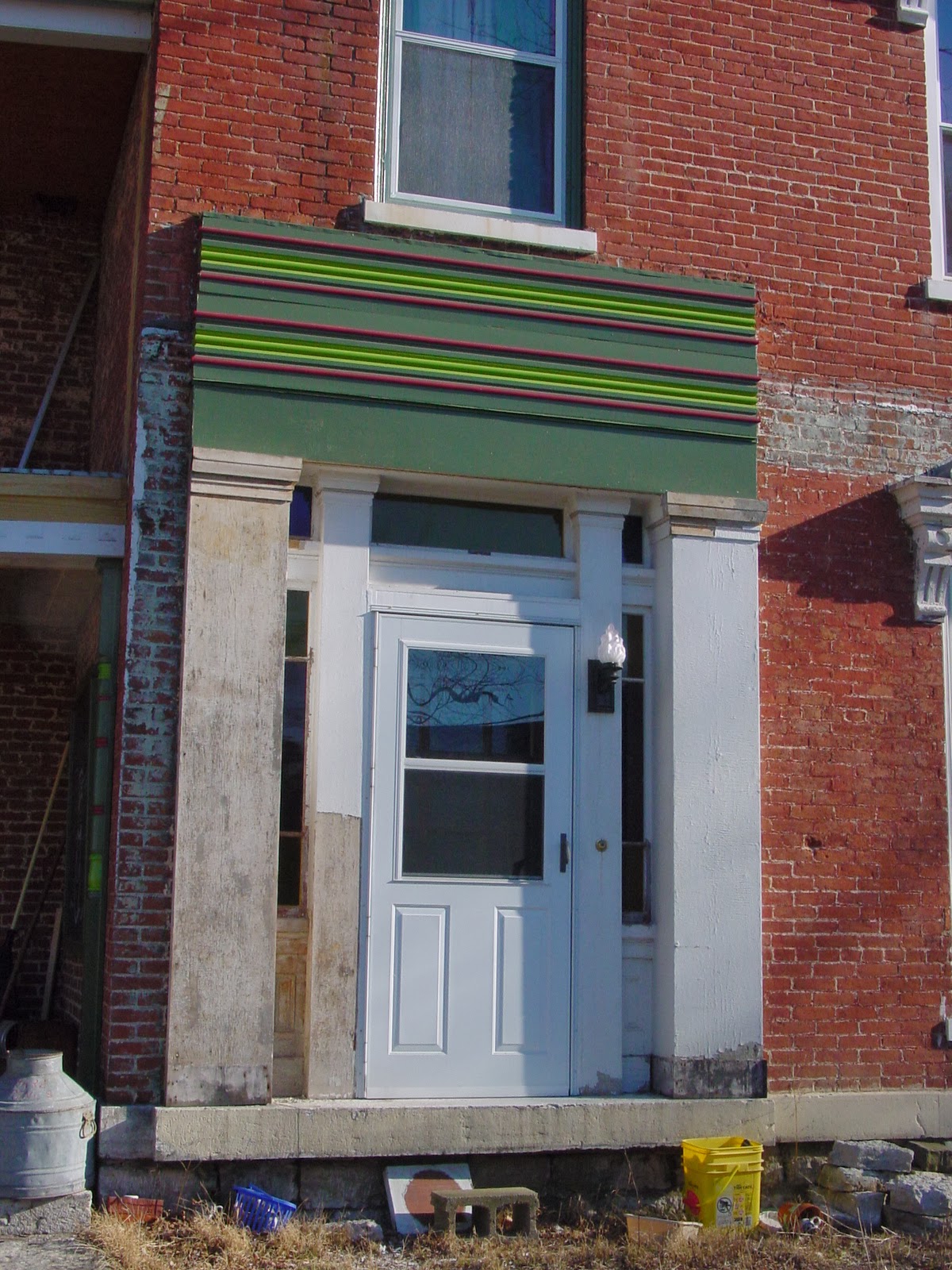 With being mayor and all, this process took about 8 weeks. So, now I am free from those chains it looks like I will be busy this year getting a lot more work done on the house!

Let There Be Light

I have always wanted beaded shades for our dining room chandelier. After a while I realized that if I wanted beaded shades, then I was going to have to make them myself. So I bought a whole bunch of glass beads and eventually sat down to make some shades. I need four. I made two so far. Each one took the better part of a day to make. I am not completely happy with them. I like the colors but I would like them to be two to four inches longer. Here is one for you to look at. 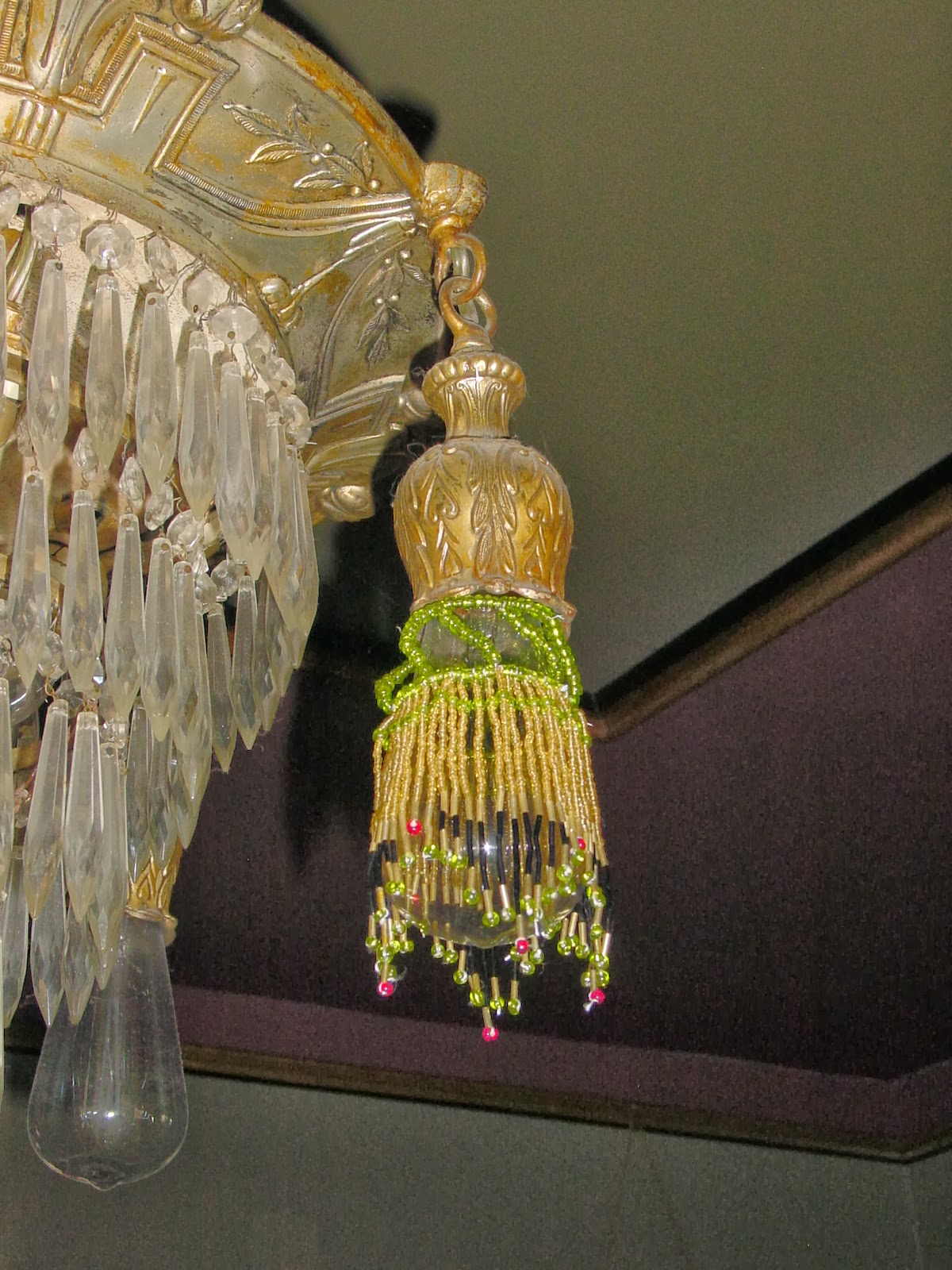 When I have four days to spend making these I will be happy to let you know! They definitely add a cool dimension to exposed bulb fixtures!
Posted by Gary at 1:48 AM 3 comments:

Hey everybody, guess what? I am no longer the mayor so I have some freedom back for a short while. That means that I can do some long overdue updates. I can fill you all in on some of the changes in the "hood" since 2005 and my new project that has a direct connection to this one! Just have to get out and take some pictures for you all to enjoy. Stay tuned, you don't want to miss out on this!
Posted by Gary at 12:45 AM 6 comments: