More work has been done on my hall. I am only 14 years into my three year project at this point and I have been meaning to paint the hall for, say 10 years. So while the weather was cold I got the walls and ceiling painted a beige color all the way up to the landing leading to the third floor. The plan has always been to go for a beidermeier look since the house was built before 1848 and years ago I wanted to paint two or three shades of beige vertical stripes in the hall. I routed through some old tins of paint in the basement and found two shades of grey that I could use with the beige. The next step was to mark the walls at regular intervals, draw vertical lines using a level and then put masking tape adjacent to the line. 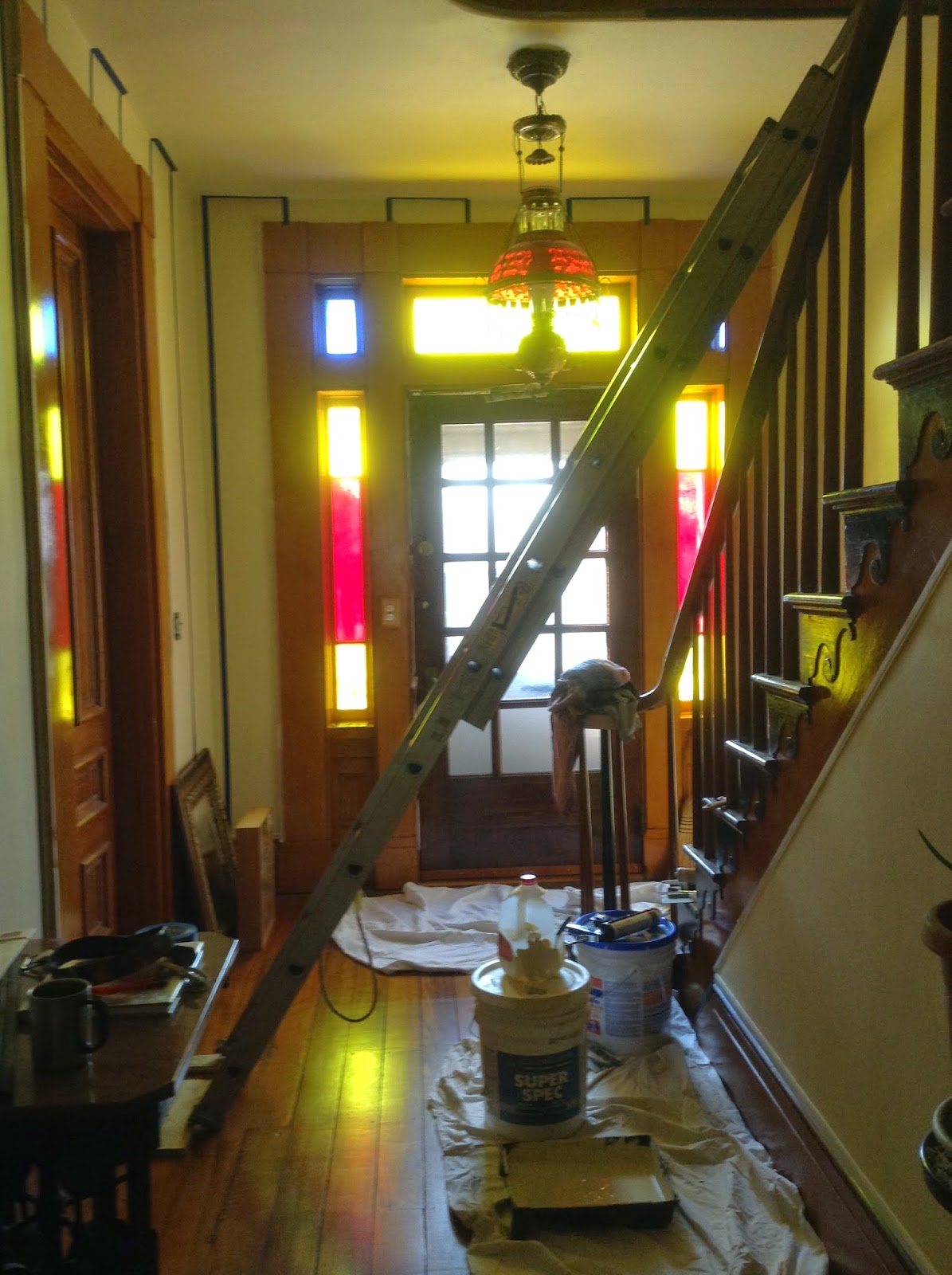 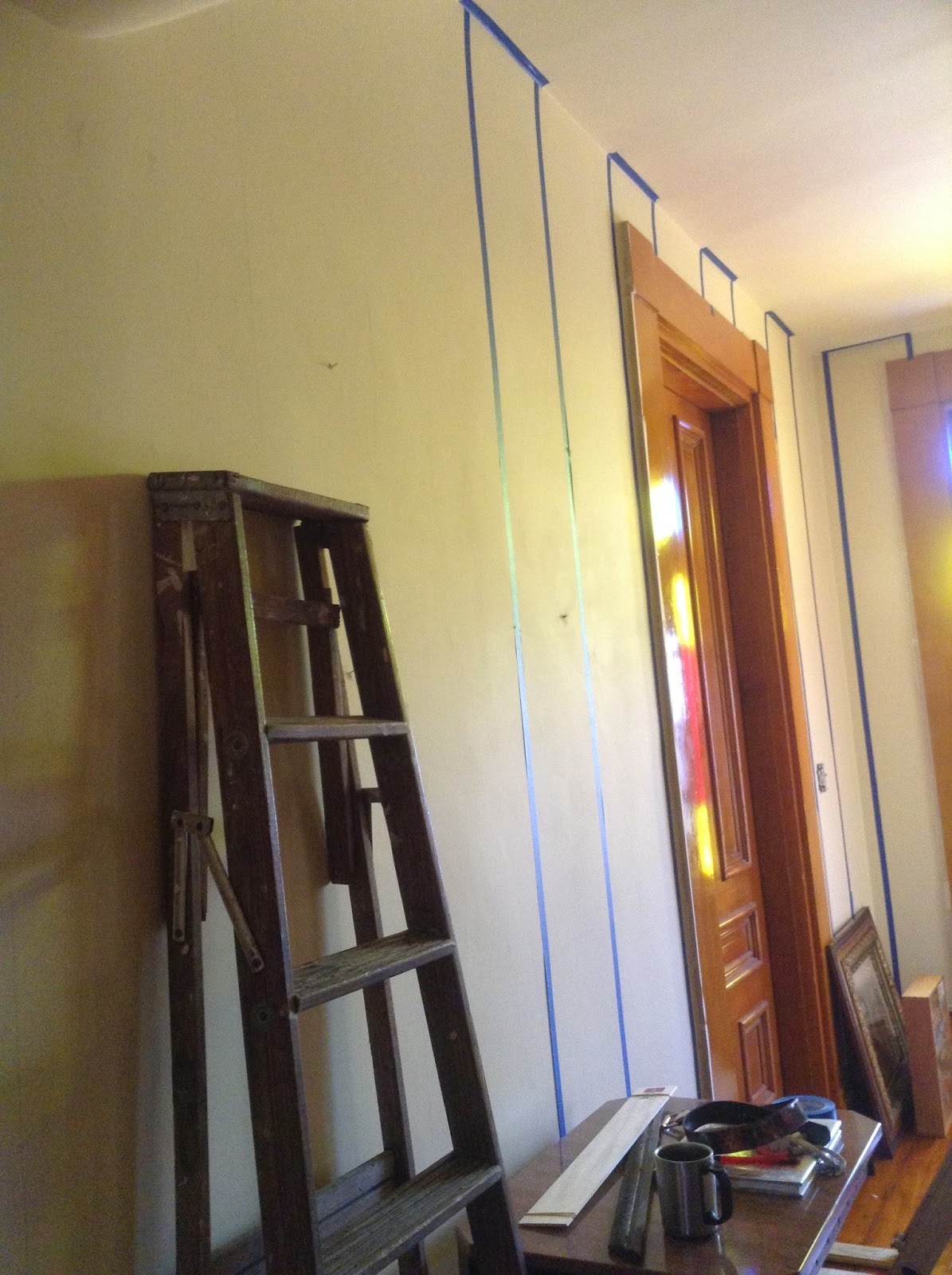 When that was done the second color was painted between the tape. Then narrower lines were marked and masking tape placed for the third color to be applied. 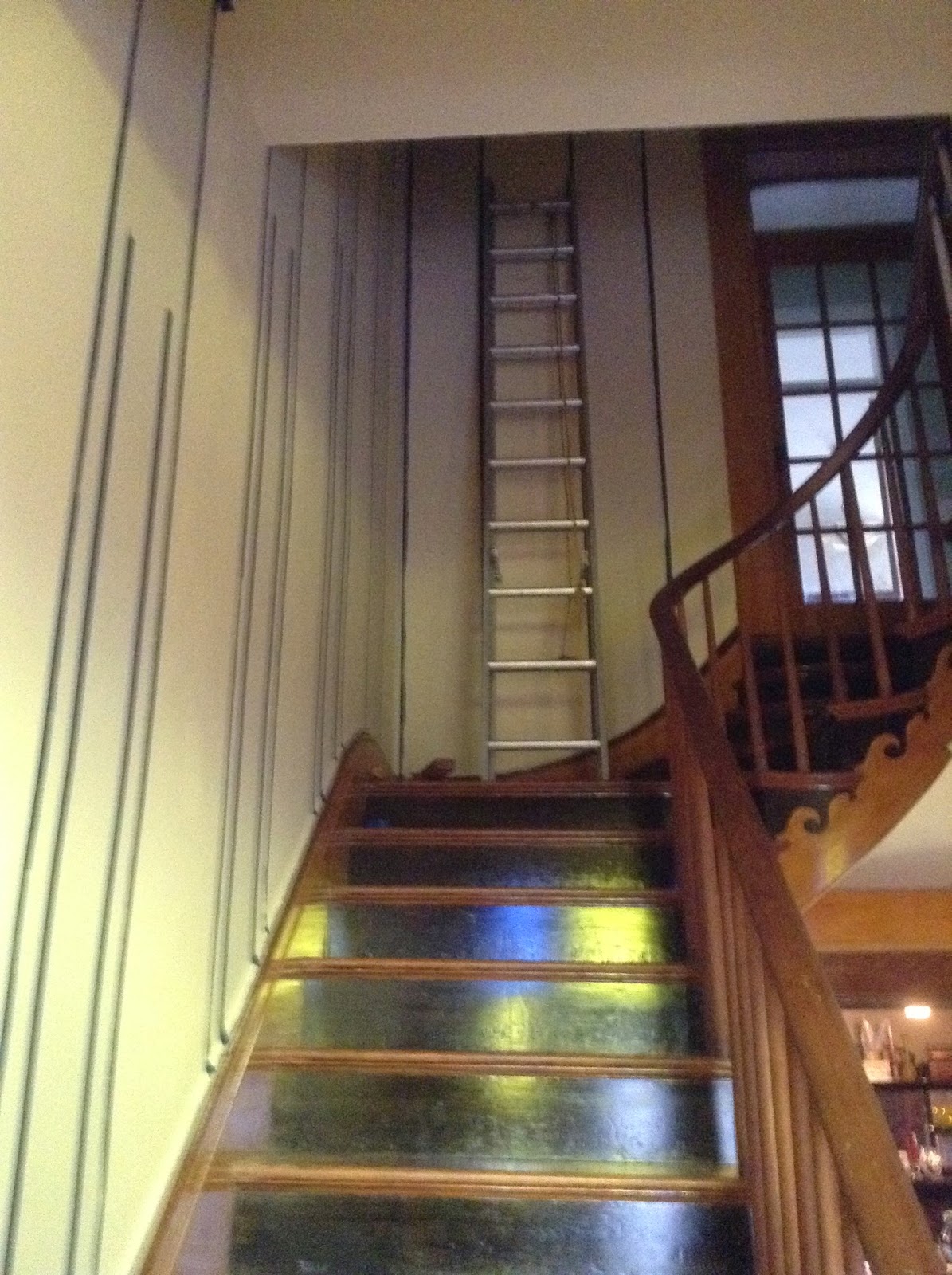 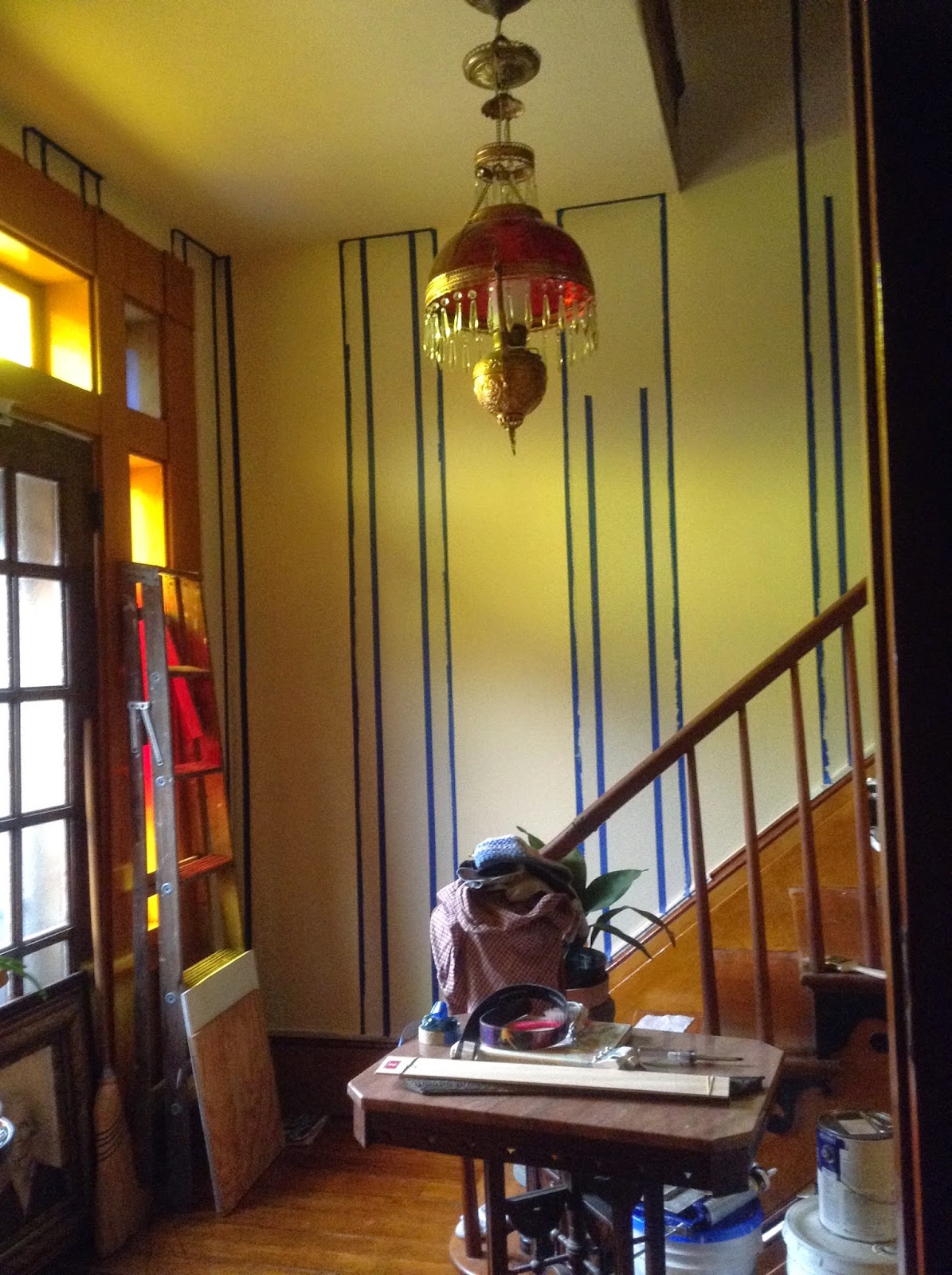 So I got to this point and I was happy. The walls looked dull and boring which is very beidermeier.   However the wife and daughter did not like it. They thought it was too dull and I was instructed to jazz it up a little and tie it in with the rest of the house. 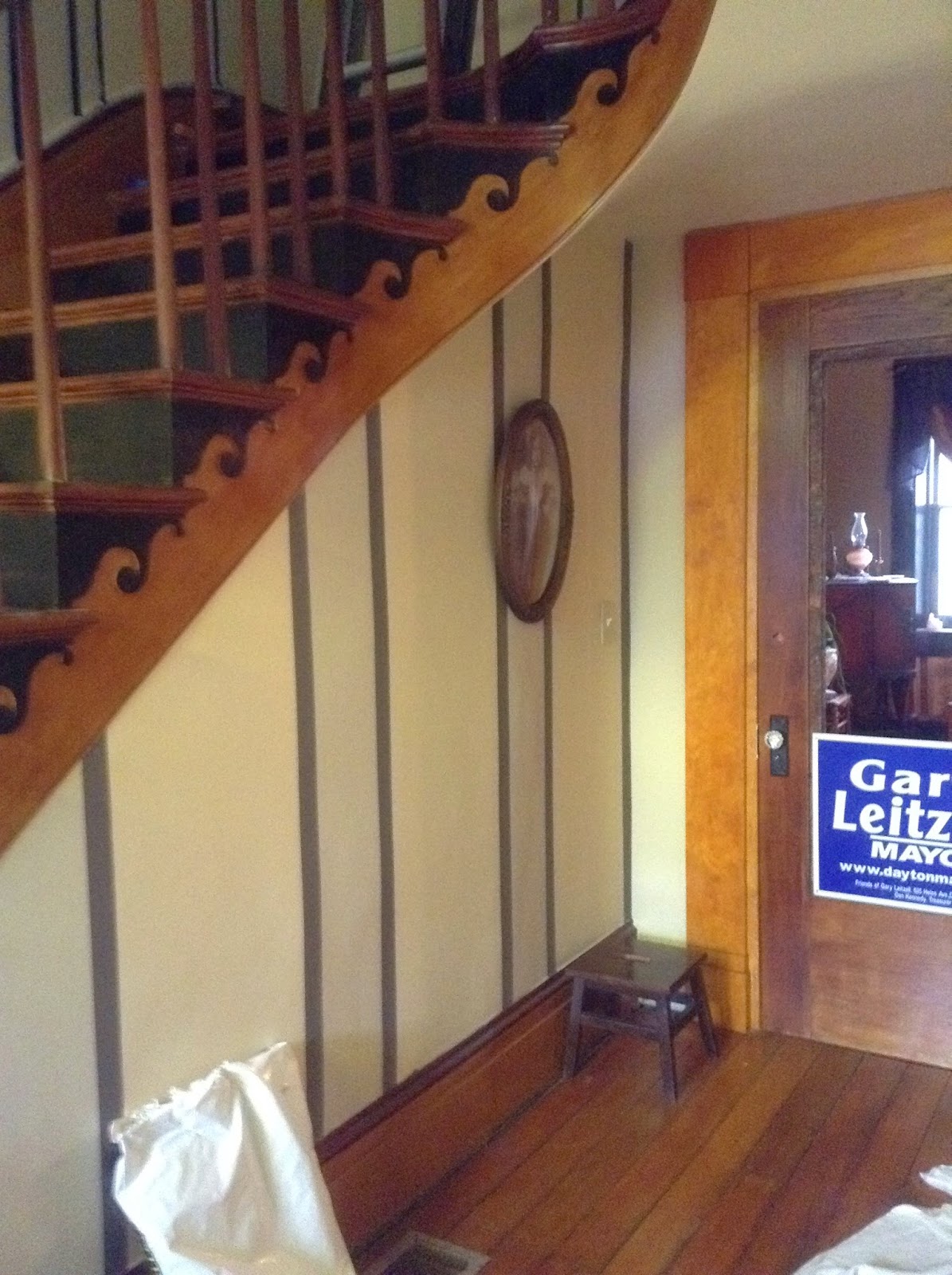 Red and green are recurring themes around the house and I have red and green paint. I had to go and buy another three rolls of masking tape to add the next round of stripes. You can see that I added a designer touch with my Gucci stripe! This was a real pain to do because the red paint somehow reacted with the original white paint that was on the walls and in many areas the paint peeled off when I removed the tape causing much wailing and gnashing of teeth. Needless to say there was considerable touch up adding several days to the project. 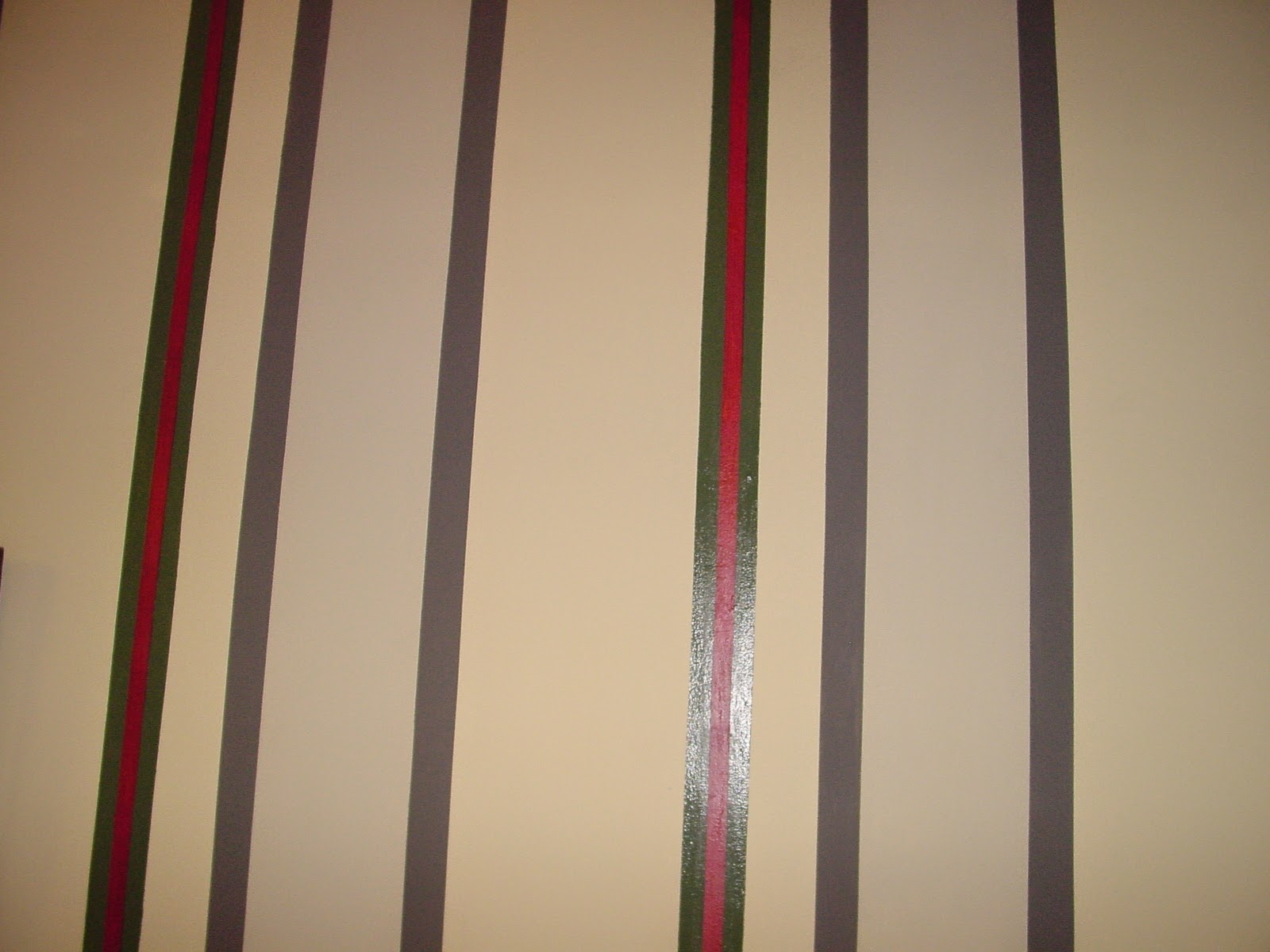 I will never recommend painting striped walls. The task is very time consuming and requires oodles of masking tape. However, on the bright side, I will never have to paint the hall again and it looks quite good.
The stripes make it easy to line up pictures and furniture! 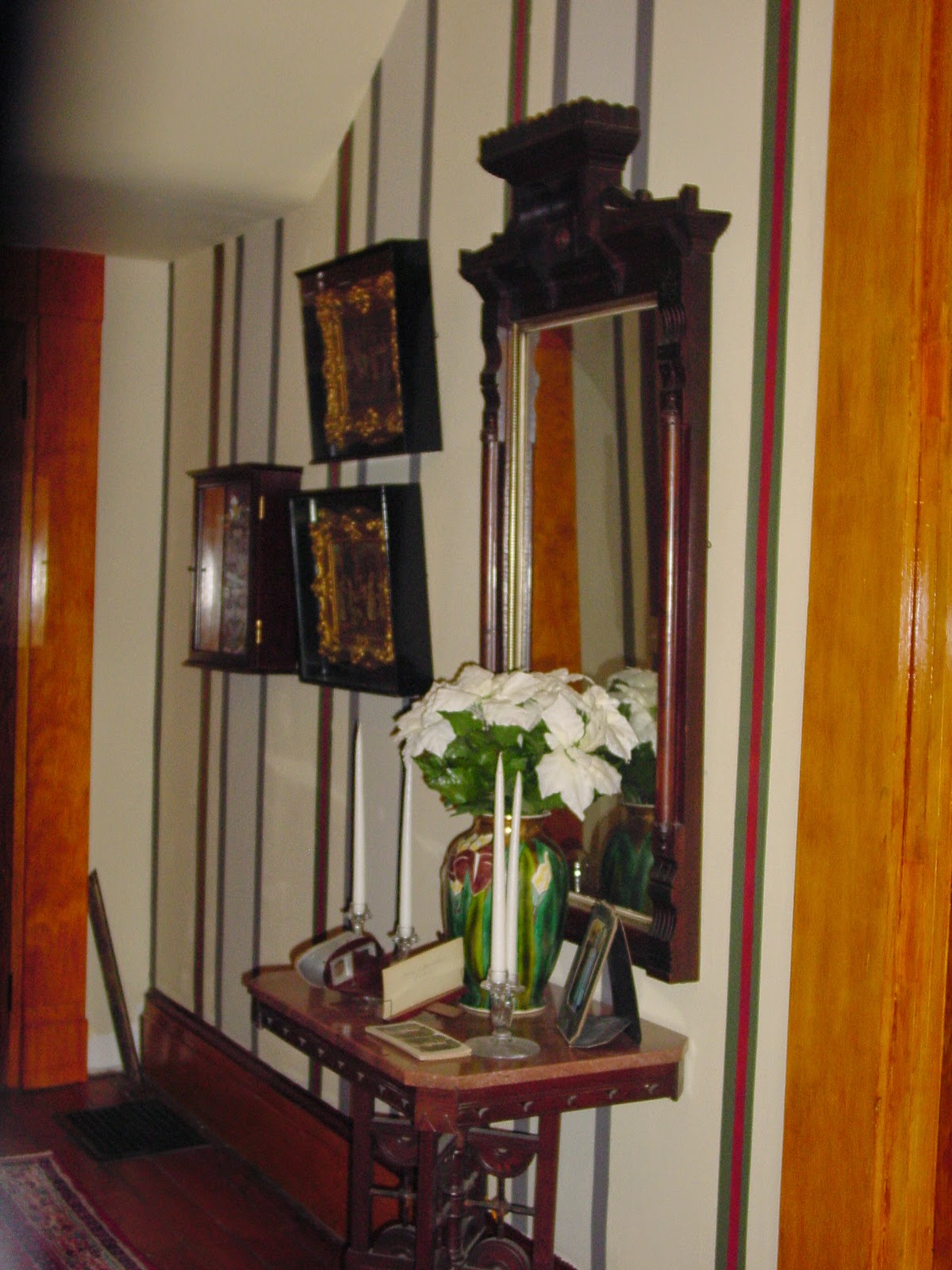 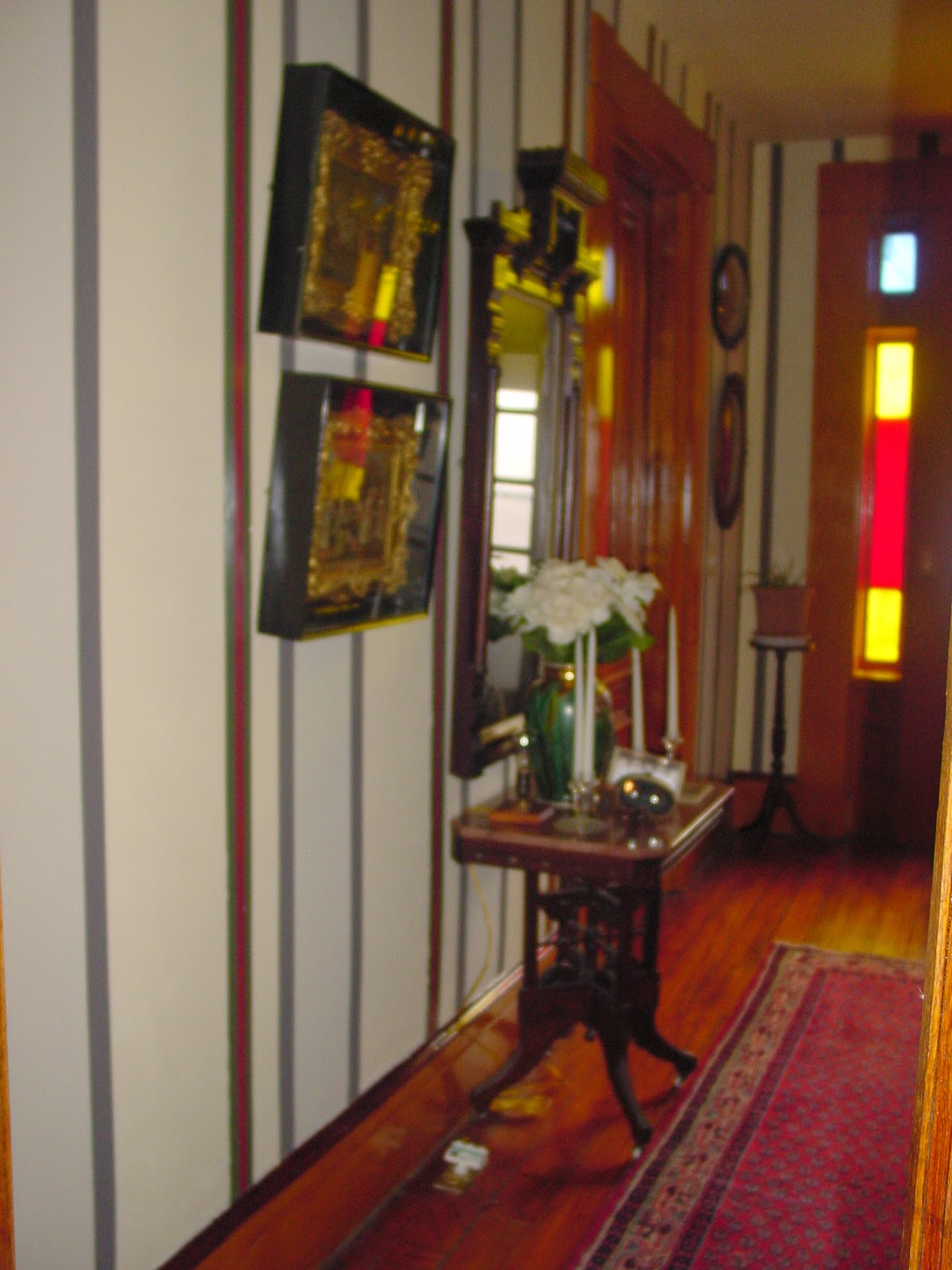 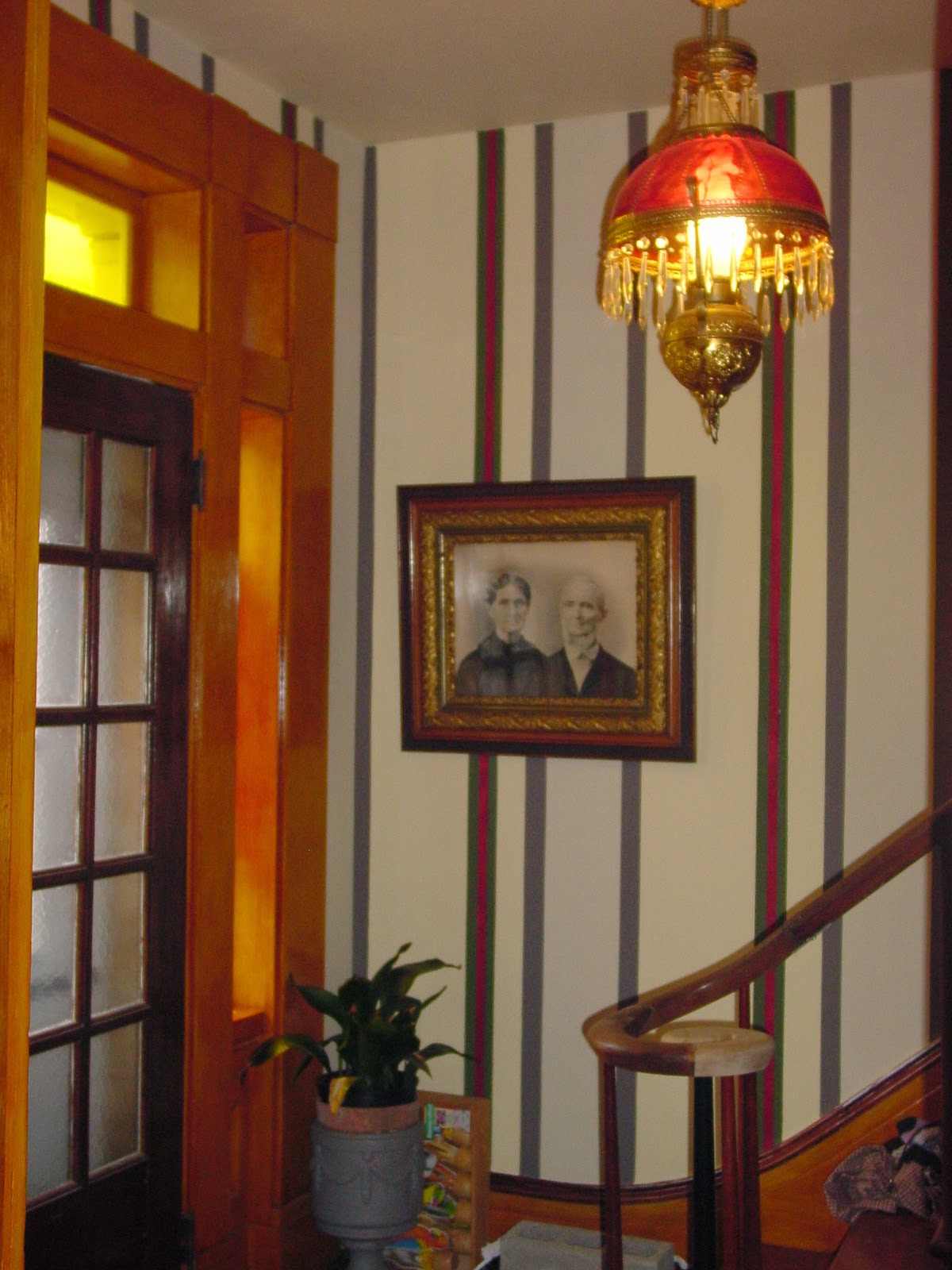 I have no idea who the old couple in the picture are. That was found in the attic of the house we bought across the alley in October 2013 which I will be telling you about shortly. The lady we bought the house from and who lived there for 89 years couldn't tell me who they were either. I suspect that they were either her grand parents or her uncle's parents. Regardless, the picture looks good on our wall.
Posted by Gary at 11:55 PM 1 comment: